Don't know what to do?
Get free counseling

Answer few questions and get to
know your immigration points

﻿Canada is one of the most attractive countries to migrate to for skilled migrant workers.

It has a very cosmopolitan outlook, high quality of living, offers its residents social security benefits, and has a flourishing economy -all of which make this North American country one of the best in the world to live in.

It has the most migrant-friendly stance among developed economies, enabling skilled individuals to enter the country without too many hassles.
Information on Canada
The second-largest country in the world by area, Canada comprises almost 40% of the land area in North America. Despite that fact, its population is very sparse.It is home to massive natural resources, which has become another feather in its cap. Because it welcomes migrants wholeheartedly, Canada has now become a model multicultural country. Canada is a bilingual society where English and French are the official languages. Most Canadian immigrants have made Vancouver, Toronto, Edmonton, Montreal, and Calgary, among others, their homes.
Canada’s attractive aspects for migrants
Many factors have played a role in making Canada one of the major destinations to migrate to. Some
of them include.

Canada has one of the world’s most organized and hassle-free immigration programs. It offers
migrants several pathways to enter Canada. Some of the most popular ones are the following.
Many of the programs are flexible and, therefore, could be modified anytime. All these programs
have exclusive eligibility criteria and aim to attract a particular group of applicants.
Express Entry:
Express Entry of Canada is one of the most popular immigration programs across the world.
This seven-year-old program is said to be one that makes use of a system based on points to assess
the suitability of aspiring migrants wanting to relocate to Canada.

To be eligible to apply for a Canada PR visa under the PNP program, you must follow these steps:
When you apply under the PNP, choose a province or territory which could get you a nomination
easily, depending upon your profile.
A Canadian PNP nomination helps you in two ways.

Known officially as the Regular Skilled Worker Program (RSWP), the QSWP is meant for you if you
wish to immigrate permanently to Quebec.
You must initially declare an intent to migrate to Quebec. Those who have the adequate professional
skills to get a job in Quebec are then selected by the province and granted an invitation to apply
(ITA).
Best Migration Consultant (BMC) helps applicants decide which Canadian immigration program
would suit them the most by helping them throughout their entire migration process. Our
knowledgeable counselors will support you at every step of the process as you strategize and pass
through the migration process.
BMC has the experience and authority to help you during your immigration process to Canada.
Canada eligibility criteria
As has been mentioned above, every immigration program to Canada has its own eligibility
conditions. On the other hand, all processes have a few common conditions for applying for a
Canada PR visa.
Usually, to assess immigration applications, the following are taken into consideration:

Migrating with a Canadian PR

If you migrate with a Canada PR visa, you get permanent residency in Canada. This entails you going
through the application process for Canadian PR.
Factors Determining CRS scores for Canada PR visa
Different factors are taken into consideration to finalize your CRS score. Included in these are:

Canada has increased the number of immigrants it will welcome in 2022 to 432,000 as per Immigration Levels Plan 2022-2024. Over the next three years, Canada intends to allow immigrants numbering more than 1.3 million:

You can obtain a maximum 28 points for your language skills assessed for writing, reading, listening, and speaking.

You can score a maximum of 25 Canadian immigration points for your education. If you have an overseas education you must have an ECA report from an authorized agency.

You can obtain points for the number of years you worked full-time that was paid and a minimum 30 hours weekly. An equal amount of part-time work is also eligible. You can obtain a maximum 15 points for this factor, as quoted by Canada.

You can obtain a maximum of 12 points if your age is 18-35 years. The age calculation is done from the day your application is received.

You can also obtain Canada immigration points for a job offer of a minimum of 1-year from an employer in Canada. You must get this offer prior to submitting an application for arriving in Canada as a federal skilled worker.

You will be offered points based on your past study, work, and relatives in Canada. Your Common-Law-Partner or Spouse if immigrating to Canada with you can also incur additional points under the adaptability factor.

Steps to apply for the express entry program

canada-pr has one of the world's most forward thinking immigration programs. There are multiple programs by which one can apply ot migrate to canada-pr.

You can check your eligibility instantly online for free with BMC.

Find out if you score the required points, if applicable (67 points needed for Express Entry, 65 points for SkillSelect).

Arrange the list requirements with the help of BMC overseas professionals.

Register an Expression of Interest profile

Receive an Invitation to Apply (ITA) to migrate to Canada.

How BMC
can help ?

Best Migration Consultant (BMC), the world’s premier overseas immigration consultant company, provides to each of its clients informed immigration services based on their educational qualifications, work experience, and personal interests. The renowned services of BMC include: 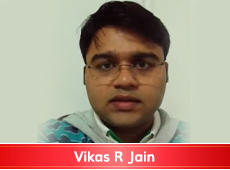 BMC Client Mr.Vikas shares the feedback that he signed a contract for Canada student Visa and the consultant who was assigned was so good and excellent. 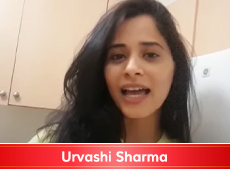 Urvashi Sharma got Permanent Resident Visa for Canada through BMC. She really appreciated the work done by the BMC process consultant. 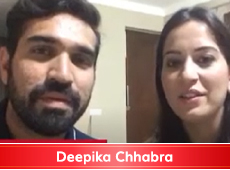 Myself Deepika Chhabra, I applied for Canada PR Visa under federal skilled worker program. Thanks for providing the good support by BMC, Finally we got PR Visa.

What are the eligibility requirements for Canada PR visa?

Eligibility requirements to apply for PR visa include:

Age requirement: According to Canada PR visa rules of 2019, a person must be at least 18 years or older to apply for a PR visa.

Educational requirement:The minimum educational qualification is a bachelor’s degree to apply for a PR visa.

Adaptability:Though this is not mandatory, if family members or close relatives are living in Canada and will be able to support you when you move in there or if your spouse or legal partner is ready to migrate with you to Canada makes you eligible for extra points.

What is the education pathway for Canada PR?

The applicants for PR or permanent residency are evaluated on multiple factors like age, education, skills, proficiency in English, and work experience.

If an applicant decides to migrate to Canada for studying, they will add CRS points in three areas. The areas are education, language, and work experience. Additional points are awarded to the young applicant.

Pursuing an education in Canada gives much-needed points for numerous streams for immigration, such as PNP or Provincial Nominee Programs and Express Entry.

International students are also permitted to work. They can work a maximum of 20 hours every week while pursuing their academics. It helps them gain work experience in Canada and adds points to their CRS score.

Studying in Canada introduces you to different people, cultures, and languages, English or French. It will help you integrate into Canadian society and aid in becoming a responsible permanent resident of the country.

Can you move to another province after getting Canada PR under the PNP of a province?

Canada allows the people granted PR visas through the PNP the freedom to settle in any province in the country. The migrants nominated through the Canadian PNP program for the PR visa are under no obligation to settle in that particular province. Still, they can work and live in any of the provinces of Canada.

This right is stated in the Canadian Charter of Rights and Freedoms, Section 6. In this section, the permanent residents are given the rights to: